Denver, CO. (June 13, 2016) – Denver Comic Con (DCC) holds its fifth annual convention this weekend, June 17 – 19, at the Denver Convention Center. Over its brief existence, DCC has surpassed any reasonable expectations by quickly growing into one of the largest events of its kind in the country. Attendance has grown from 27,000 in 2012 to over 105,000 in 2015. (By comparison, San Diego Comic Con International, the world’s largest comic convention, drew around 167,000 people in 2015.)

DCC is unique among comic-cons in that it is one of the few independently operated such events of its size. It was founded as, and remains, a program of the non-profit educational organization, Pop Culture Classroom. Pop Culture Classroom’s mission, as stated on their website, “is to inspire a love of learning, to increase literacy, celebrate diversity and build community through pop culture education.” Through DCC’s dramatic rise in popularity, Pop Culture Classroom, a Denver-based organization, has managed to stay true to the “community” component of its mission by relying heavily on local artists and local businesses to stage the convention.

A big part of Denver Print Company’s success has been its early partnership with DCC. 2016 marks the company’s fourth year as DCC’s official print partner. An event the size of DCC requires a massive amount of printing simply for crowd control and directional signage. While Denver Print Company handles all of this more mundane type of printing for DCC, they also produce the more high-profile items, such as the banners announcing celebrity appearances. 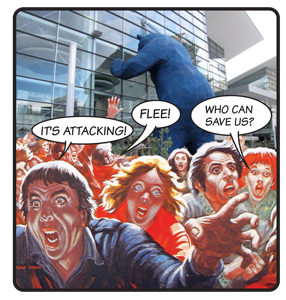 While the business from DCC has of course been of benefit to Denver Print Company, the exposure to the highly profitable pop-culture niche market (sometimes affectionately called the “geek” or “nerd” market) has also been invaluable. In part due to the DCC partnership, Denver Print Company also has contracts to do printing for the “Star Wars Night” events that are held annually by the Rockies, Avalanche, and Rapids. They also have a steady stream of business that comes from selling custom-designed “geek” stickers and t-shirts, both online and from their north Denver shop.

There are many large printing corporations with operations in the Denver area. It would not have been surprising if a large-scale event such as DCC had turned to one of these companies for their printing needs. It speaks to Pop Culture Classroom’s commitment to the local community that they decided to partner with a 20-employee Denver company for their printing needs. The fact that Denver Print Company can meet these printing needs and bring DCC’s business back year after year, suggests that they might be doing something right as well. 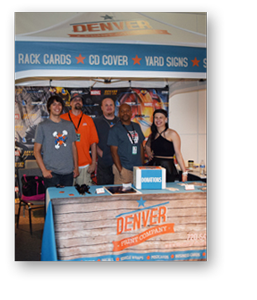 Denver Print Company will have a booth at DCC this weekend. Guests can have their picture taken in an action figure package, and there will be unique custom-designed pop-culture t-shirts, hats, and stickers for sale. As of this posting, there are still single-day and children’s tickets available for the convention here. 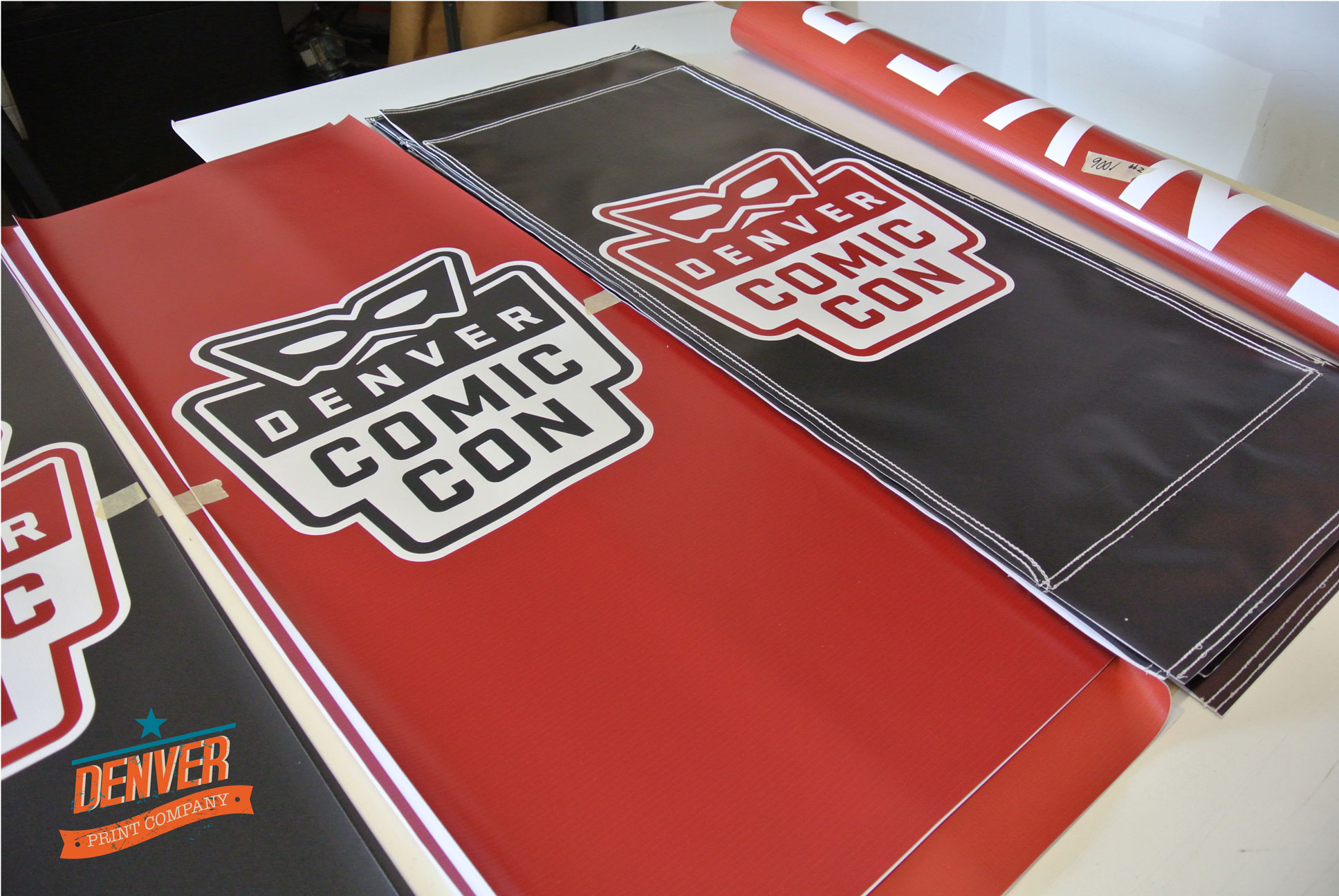